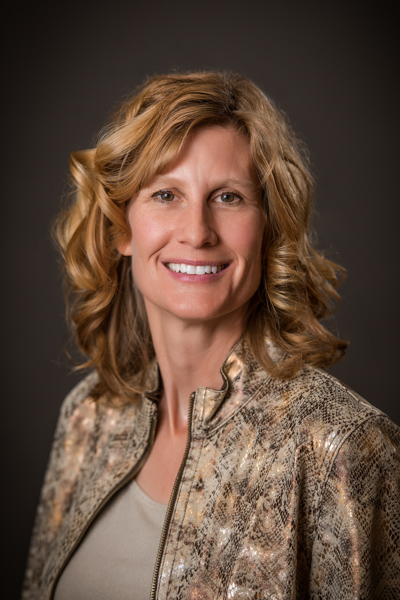 Dr. Barb has been involved in education and learning for over 18 years. She has been an entrepreneur offering courses in parenting, a mediator for families, and a therapist for children and adolescents. Her growing love for education guided her into work as a Faculty Development Director offering faculty training and support. Enhancing the classroom experience for students is her passion. Dr. Barb continues working with companies 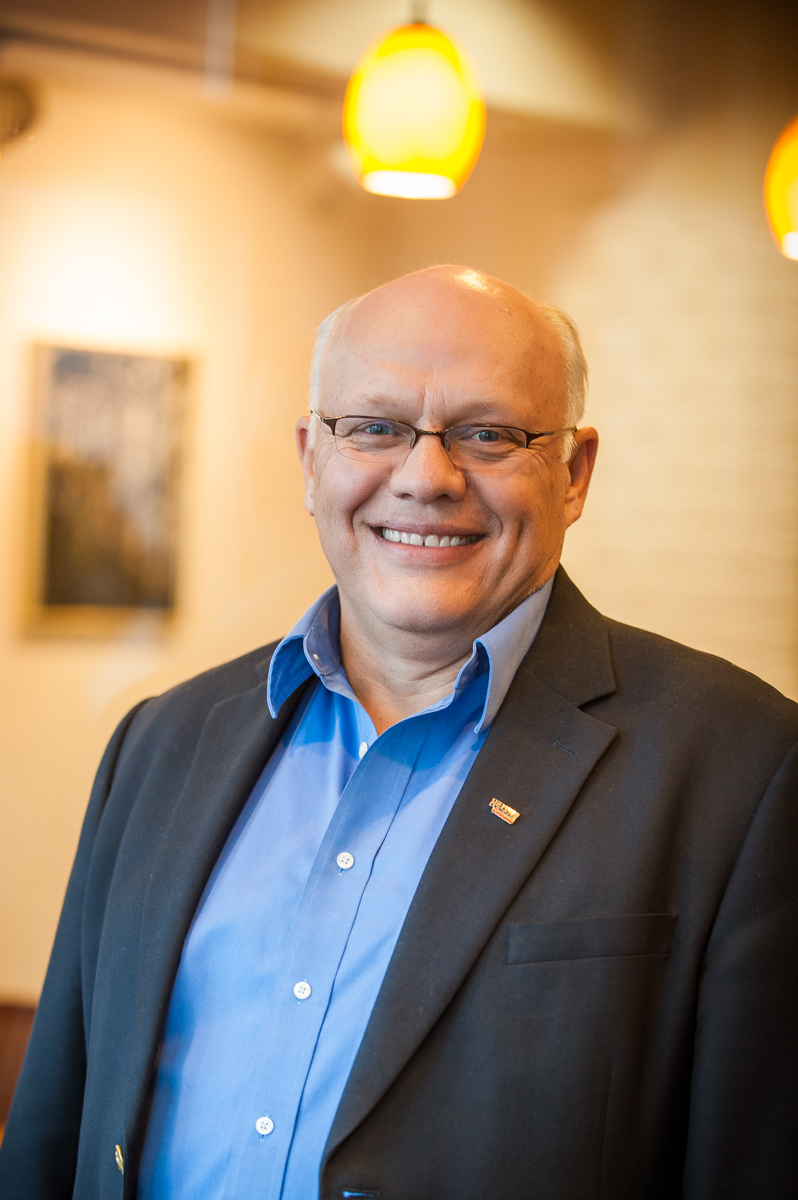 Jasper Welch is married (to Susie Louis, m.1975) and he has been a resident of Durango, CO since 1976.  Educated at the University of Colorado [B.S, 1975], Jasper completed training and earned certifications in business planning, personnel assessments, quality management and local governance. As a small business owner and business development expert, Mr. Welch has worked in the printing, office supply, marketing, business incubation, coworking 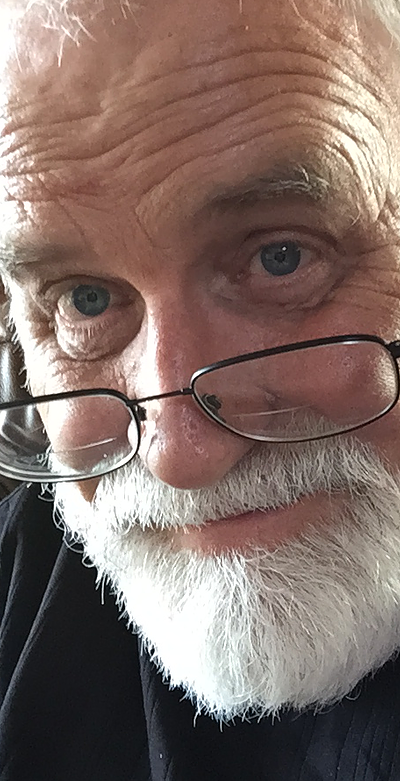 Paul Boyer left the academic world in the middle of a Ph.D. program in Italian and Renaissance Literature, in 1974, because he wanted to pursue an interest in photography. That decision carried him and his photography into varied and interesting corners of the world.
He worked as a photographer in Port Townsend, Washington, from 1980, to 1999, when he  relocated to Durango, Colorado.  His career has 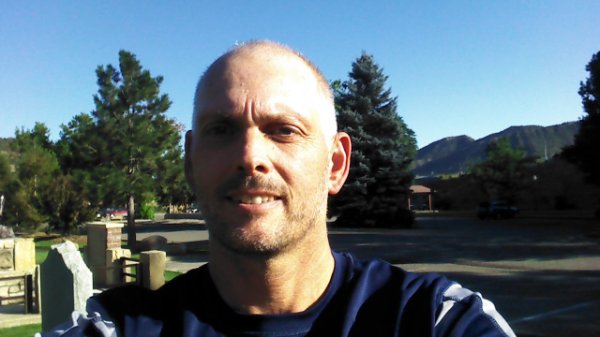 Daron lives in Durango, Colorado and is married with 3 children. He really enjoys the high quality of life a small mountain community affords.

Having worked in I/T for over 25 years, Daron 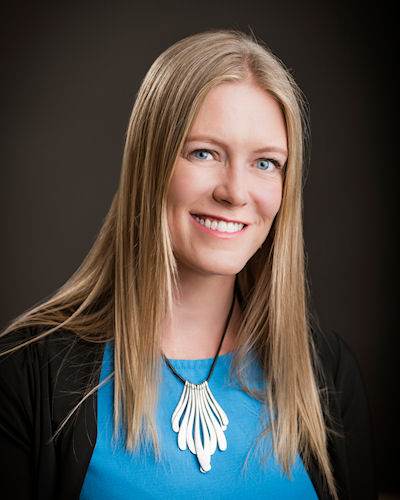 Lindsay Nyquist has lived in the Durango area for over 15 years and initially moved to the region to work at Colvig Silver Camps during her college years. After completing a Master’s degree in Higher Education Administration, she started working in social media strategy and education. Now she serves as Fort Lewis College’s Director of Digital Communication, as well as an adjunct faculty member in the School of Business 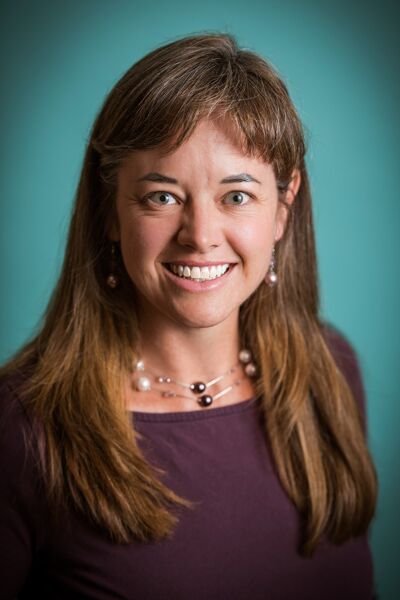 Jenny Mason is an award-winning writer versed in fiction, non-fiction, screenplays, and graphic novels. She has worked with publishers big and small, from Scholastic Inc. to Gareth Stevens Publishing. Her diverse work has appeared in literary journals, online newspapers, Cobblestone, Muse, and Chicken Soup for the Soul.
Jenny received an M.Phil in Popular Literature from Trinity College Dublin. She also earned an M.F.A. in Writing for 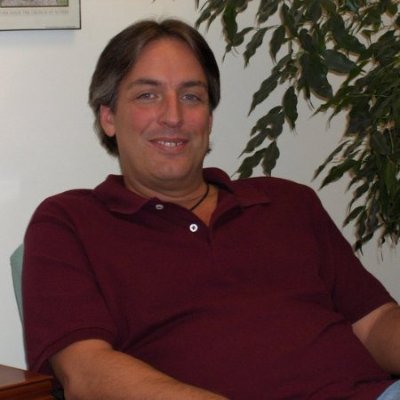 Vincent Capaccio specializes in beginning computer programming (algorithm development) as if a student has never touched a computer.  If you have a will, he can teach anybody to program!  He has taught many languages and Computer Science concepts including data structures, computer math, advanced programming, database, and computer information systems to name a few.
Currently he is employed as a Senior Automation Engineer at a prestigious 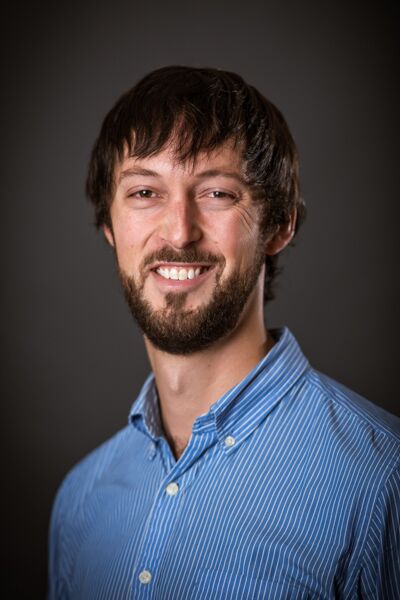 Fred is a passionate, creative teacher with over 15 years’ experience in the world of education. Born in France, he has been a devoted linguist and world traveler since childhood, mastering French at an early age and taking on Mandarin as part of McGill University’s East Asian Studies program. Prior to relocating to Durango, he built Chinese language programs at independent schools in Pennsylvania and 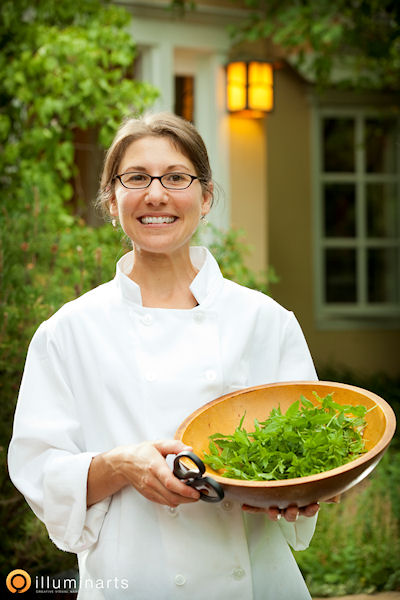 Julia Hastings-Black has been working in the food world for more than a decade. She has taught cooking to learners of all ages and skills, developed recipes for cookbooks and curricula, and researched food psychology for Cornell University’s Food and Brand Lab.
Julia completed an apprenticeship in organic gardening at Shelburne Farms in Vermont and a BA in French literature at Cornell. She is currently sous-chef in the deli at Nature’s

Khara Wolf is a passionate professional of the arts in both music and graphic design. Focusing on small business and brand identity, Khara has been working as freelance graphic artist through her business Khara Wolf Design since 2014. As an avid performer and music educator, Khara plays the oboe and English horn with the San Juan Symphony and is a co-founded her Neo-Celtic ensemble Better 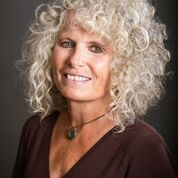 JoAnne has just born to be a teacher. She taught at Riverview Elementary in Durango 9-R back in the 80’s and 90’s for 20 years then became a teacher-trainer and curriculum developer at the District office for 11 more. After retiring in 2010, she became an educational consultant and in 2012, a mindfulness instructor with her own mindfulness business, On-Point Mindfulness. She introduced mindfulness instruction 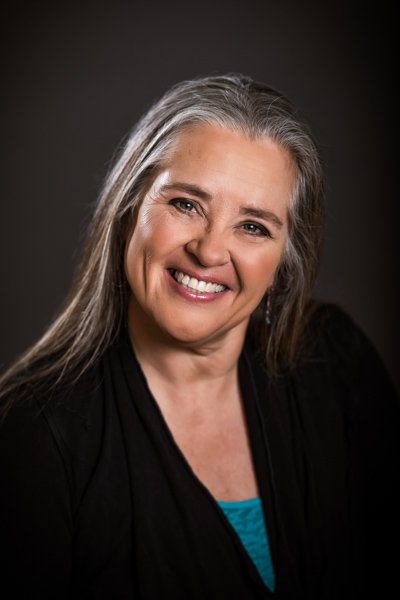 Cindy is a nationally-known fundraiser and nonprofit developer who made the Durango area her permanent home six years ago.  Cindy has received a number of awards for her work, including a “Gloria Award” by the Ms. Foundation for Women. Her enthusiasm, vision and “can do” approach have been the hallmarks of her 30 years’ service with non-profit organizations and social enterprises in North Carolina and Texas. 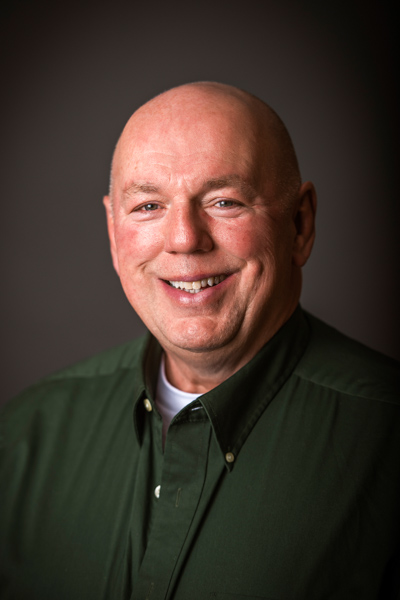 Robert has lived and studied in both Avignon, France (Collège Littéraire Universitaire) and Québec, Canada (Université Laval). He worked for Air France passenger services at O’Hare International Airport in Chicago. Robert’s career was divided between teaching French for 20 years in the suburban Chicago area as well as being a tour guide for 18 years throughout Europe and the world. 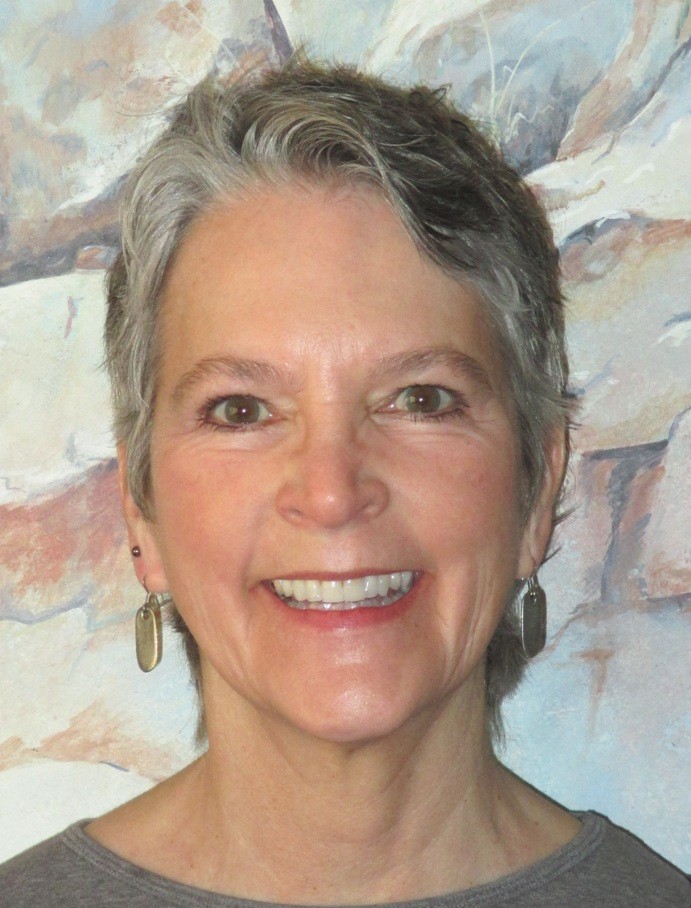 Nancy Ann Hibbs, ASID is a professional member of the American Society of Interior Design. She earned a Master’s Degree in Interior Design from Pratt Institute, Brooklyn, New York, and a B.A. in Art with a teaching Certificate from the University of Montana. Nancy has worked in the design field for over 20 years.
She has taught at University of Alaska and University of New Mexico and 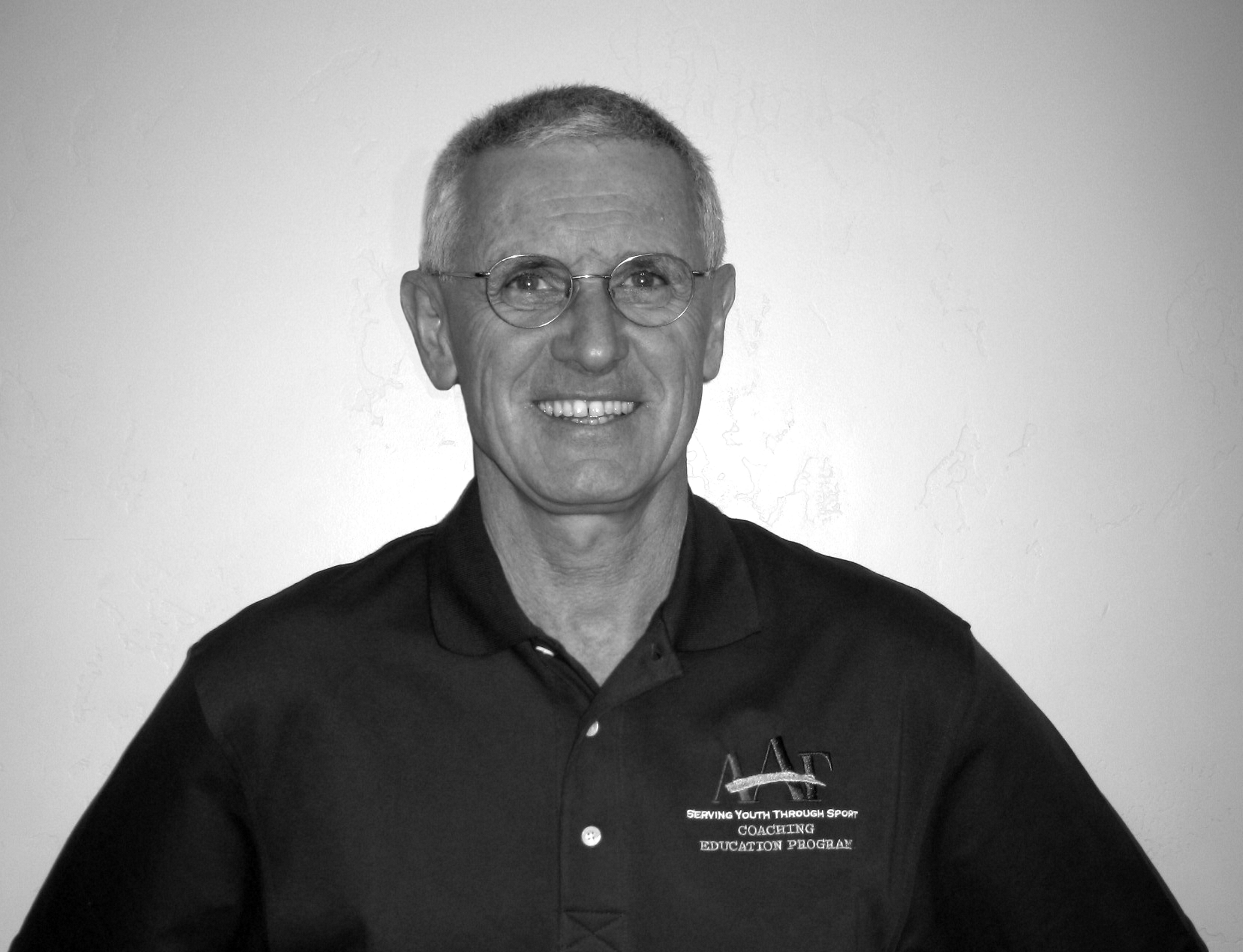 Frank was born and raised in the former Czechoslovakia and personally experienced the Soviet led invasion of Czechoslovakia in August 1968. Following the invasion, he defected to Switzerland and later to the United States.
He has traveled extensively throughout Eastern and Western Europe and has lived in Durango, Colorado for the past 20 years and has led small group tours in Central Europe (Czech Republic, Poland, 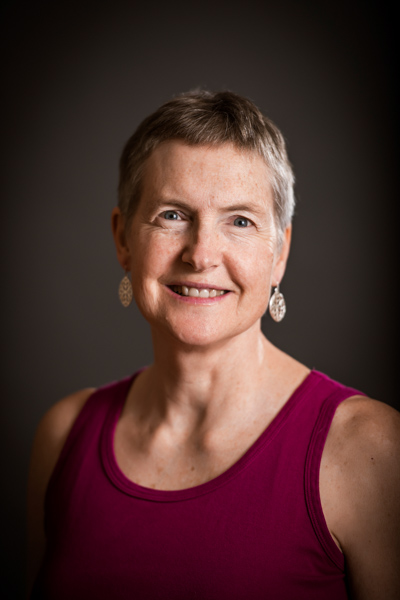 Nerve Therapist, Dancer/Choreographer, Yoga teacher and Pilates instructor.
She is a fabulous teacher, gifted with patience and humor so her students will understand the concept/s according to their own body. She created the Joyful Arts dance School and out of that formed the Joyful Arts Dance Ensemble, a California touring dance company in the 90’s comprised of 12 students, 9 to 18 yrs. of age.
She trained 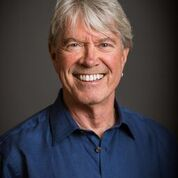 Doc Roberts has been operating his own websites since 1997. Skiboards.com has been # 1 on Google for over 10 years. He currently operates 8 niche internet businesses that generate automatic income. He will focus on cutting through the hype to help you create your own automatic cash money machine. BS in Behavioral Psychology, MS in Vocational Counseling and PhD. in Human Potential

Interested in becoming a Learning Partner? Fill in the following form, and we'll be happy to talk with you.